Grant will fund research to improve access to counsel for impoverished defendants in rural Texas. 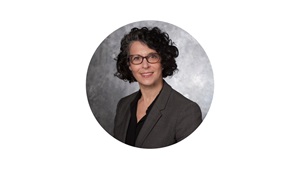 “We are grateful for the Texas Bar Foundation’s generous support of the Deason Center’s work,” said Jennifer Collins, Dean of SMU Dedman School of Law. “This grant will not only encourage and promote legal assistance to poor and disadvantaged people, but it will strengthen the administration of justice and produce important legal research.”

Currently, only 37 of Texas’ 254 counties use a local or regional public defender office to provide the Sixth Amendment right to counsel. Three counties use ‘Managed Assigned Counsel’ (“MAC”) programs, which oversee and manage the assigned counsel system. Texas’ remaining 214 counties rely exclusively on the appointment of individual attorneys. Research shows that rural counties in Texas often have few lawyers - 90% of Texas attorneys are located in the state’s ten largest metropolitan areas, while 45 counties have fewer than four lawyers and six rural counties have no registered attorneys at all.

Through the funding of this project, the Deason Center will:

“Research indicates rural counties may be able to do something about this injustice,” said Pamela R. Metzger, Director of the Deason Center. “The funding of this project will significantly expand upon Dr. Davies’ statistical work and the Deason Center’s commitment to access to justice for all.”

The School of Law at SMU was founded in 1925.  It was named Dedman School of Law in 2001 in honor of Dallas benefactors Nancy and Robert H. Dedman, Sr., and their family.  SMU Dedman Law enjoys a national and international reputation of distinction.  It is among the most competitive law schools in the country for admission, as well as one of the most successful in the placement of its graduates.

The Texas Bar Foundation solicits charitable contributions and provides funding to enhance the rule of law and the system of justice in Texas, especially for programs that relate to the administration of justice; ethics in the legal profession; legal assistance for the needy; the encouragement of legal research, publications and forums; and the education of the public.