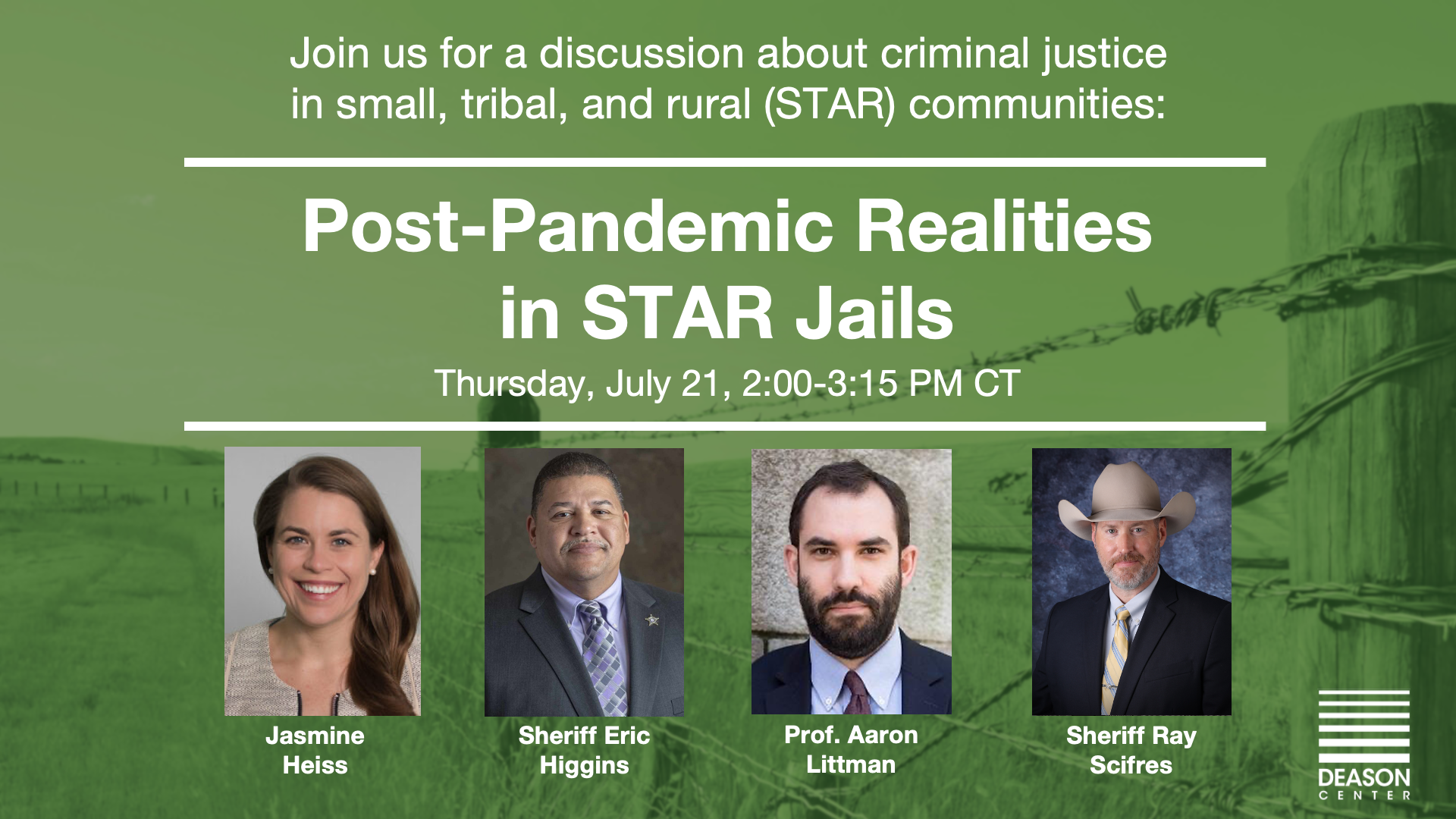 Though bail reform advocates have long pressed for policies to help reduce lengthy pre-trial detentions, it was, arguably, responses to the COVID-19 pandemic that finally moved the needle on jail reform policies.

With local jails becoming virus transmission hotspots, jail administrators and sheriffs across the nation had to make real-time decisions to limit pre-trial detention rates and reduce jail populations to curb transmission.  Many employed innovative reforms to address public health and safety concerns among pre-trial detainees and people in their communities.

Our expert panel will discuss jail administration policies and reforms implemented during the pandemic and the implications of maintaining these reforms in a post-pandemic future. 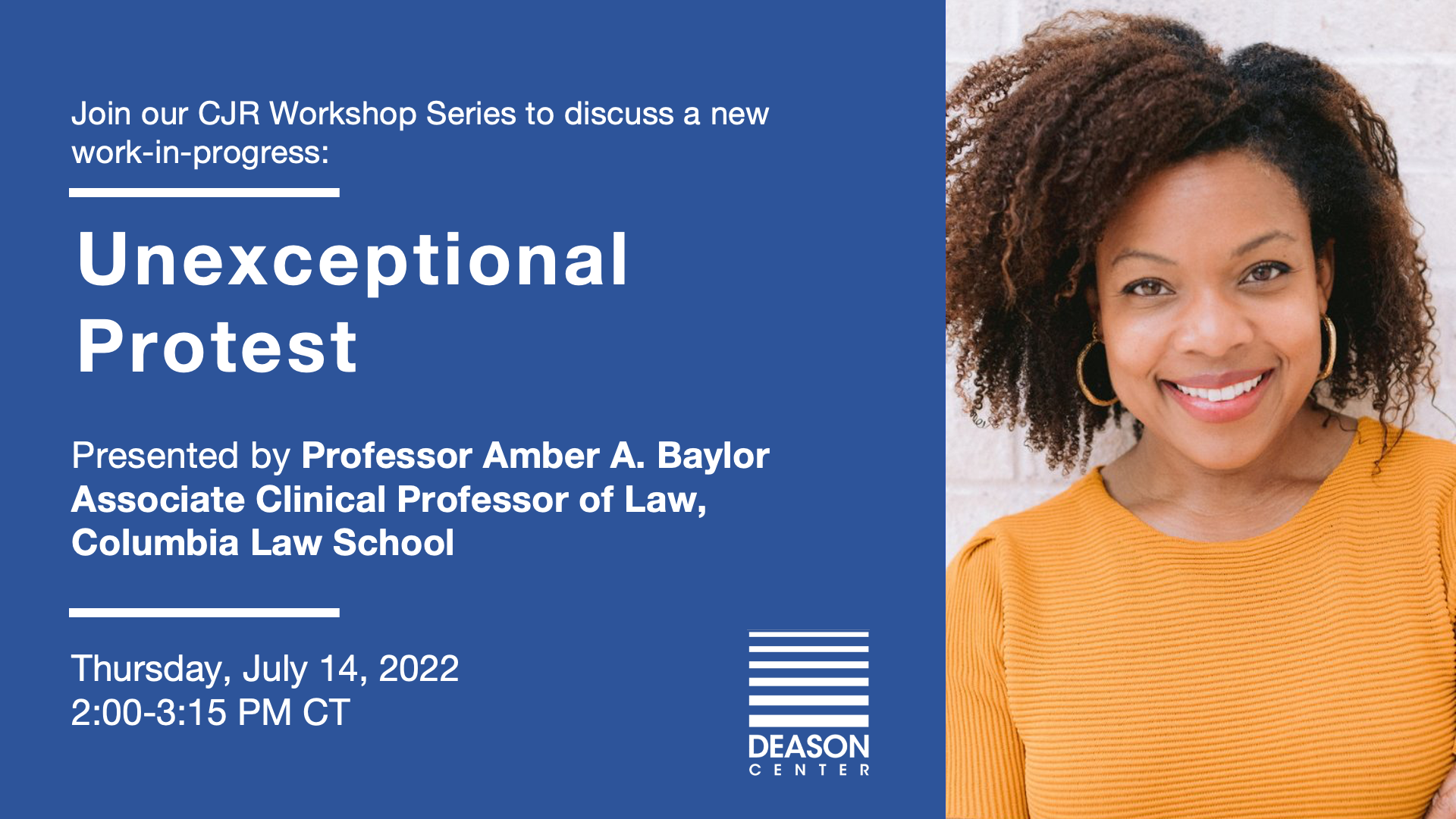 Anti-protest legislation is billed as applying only in the extreme circumstances of large-scale civil disobedience. But these laws have alarming consequences that extend beyond mass protests.

While existing critiques of anti-protest laws emphasize the chilling effects on protestor speech, those analyses mask the threat of these laws outside of mass protests. In fact, anti-protest laws have an impact on every day public order and the criminal regulation of Black, Latinx, and other targeted communities. 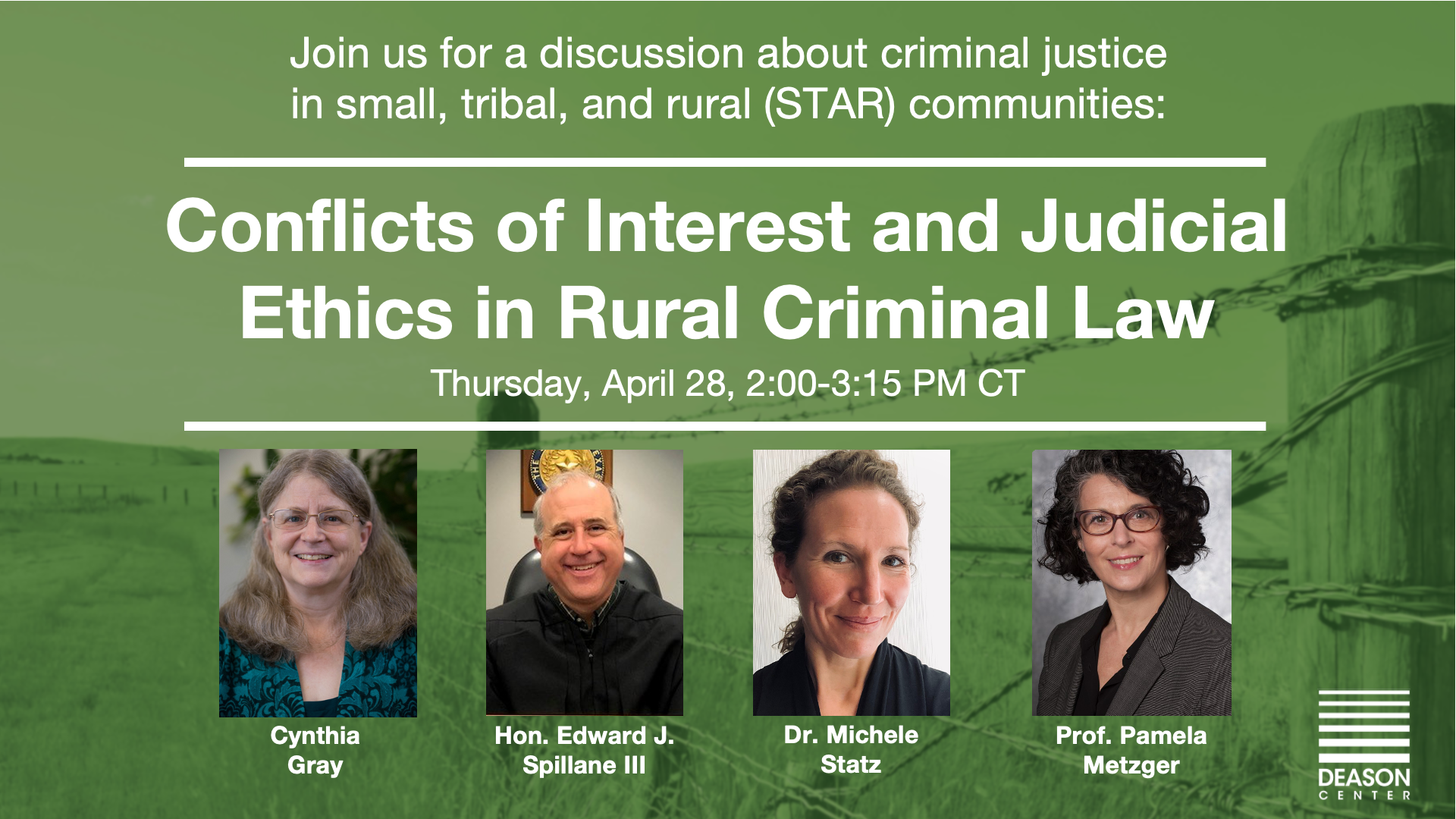 Conflicts of Interest and Judicial Ethics in Rural Criminal Law

Professor Pamela Metzger leads a panel discussion of the judicial conflicts of interests that arise for judges presiding over criminal cases in small towns and rural areas. Panelists will identify issues that arise for judges and practitioners in criminal proceedings in STAR communities and explore approaches to addressing them. 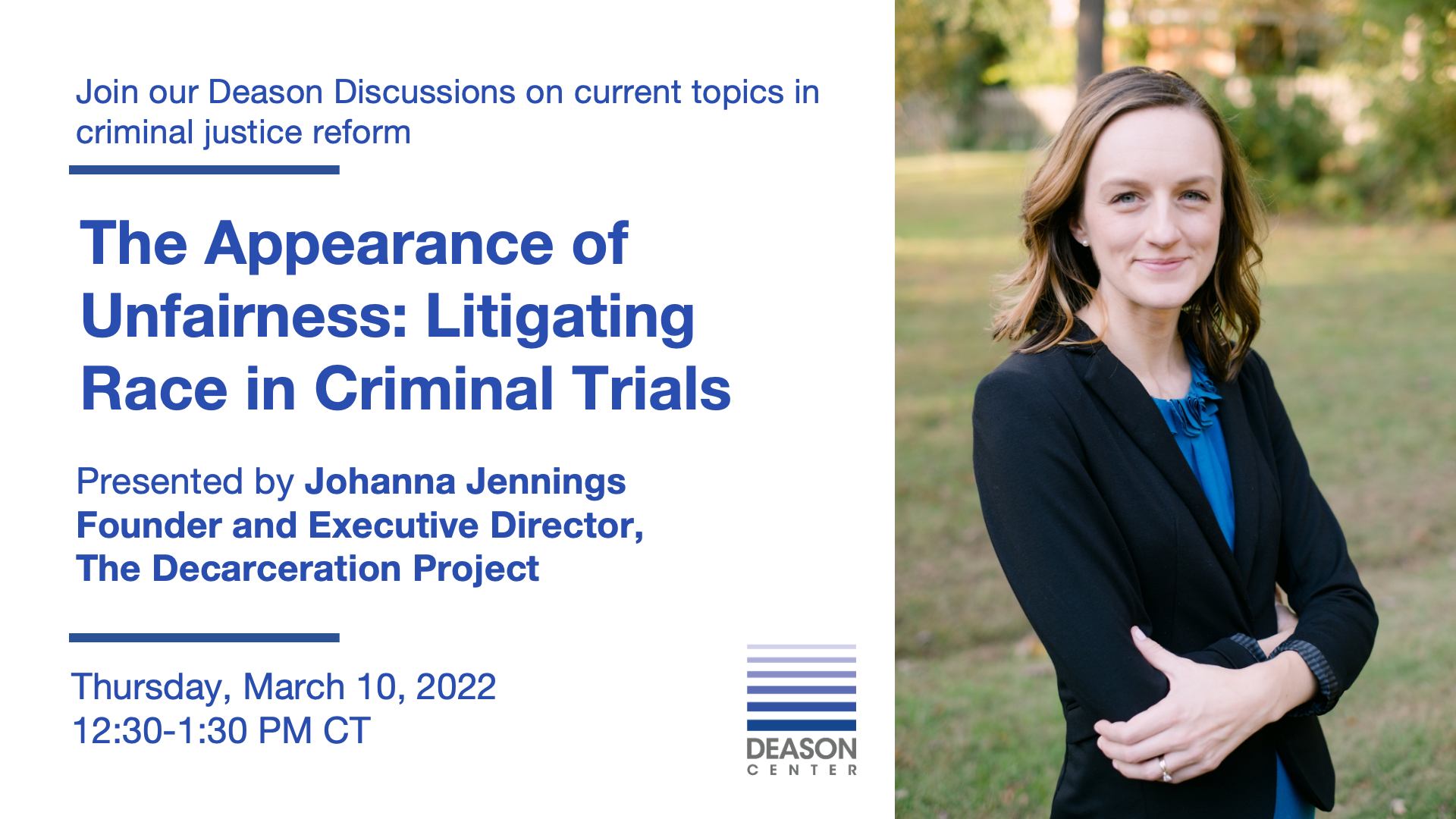 The Appearance of Unfairness: Litigating Race in Criminal Trials

Following the national reckoning and subsequent backlash concerning racial equity, and in the wake of the highly publicized Rittenhouse and McMichaels' trials, please join us and Attorney Johanna Jennings as she discusses the legal issues and implications for future legal proceedings arising out of the racialized rhetoric utilized in both trials and others like them.

Johanna Jennings is the Founder and Executive Director of The Decarceration Project, a nonprofit dedicated to mitigating the decades-long trend of inequitable and inhumane mass incarceration. In that role, she engages in projects to alleviate systemic racial inequity, represents individuals directly in strategic litigation, and advocates for policies to reduce mass incarceration. 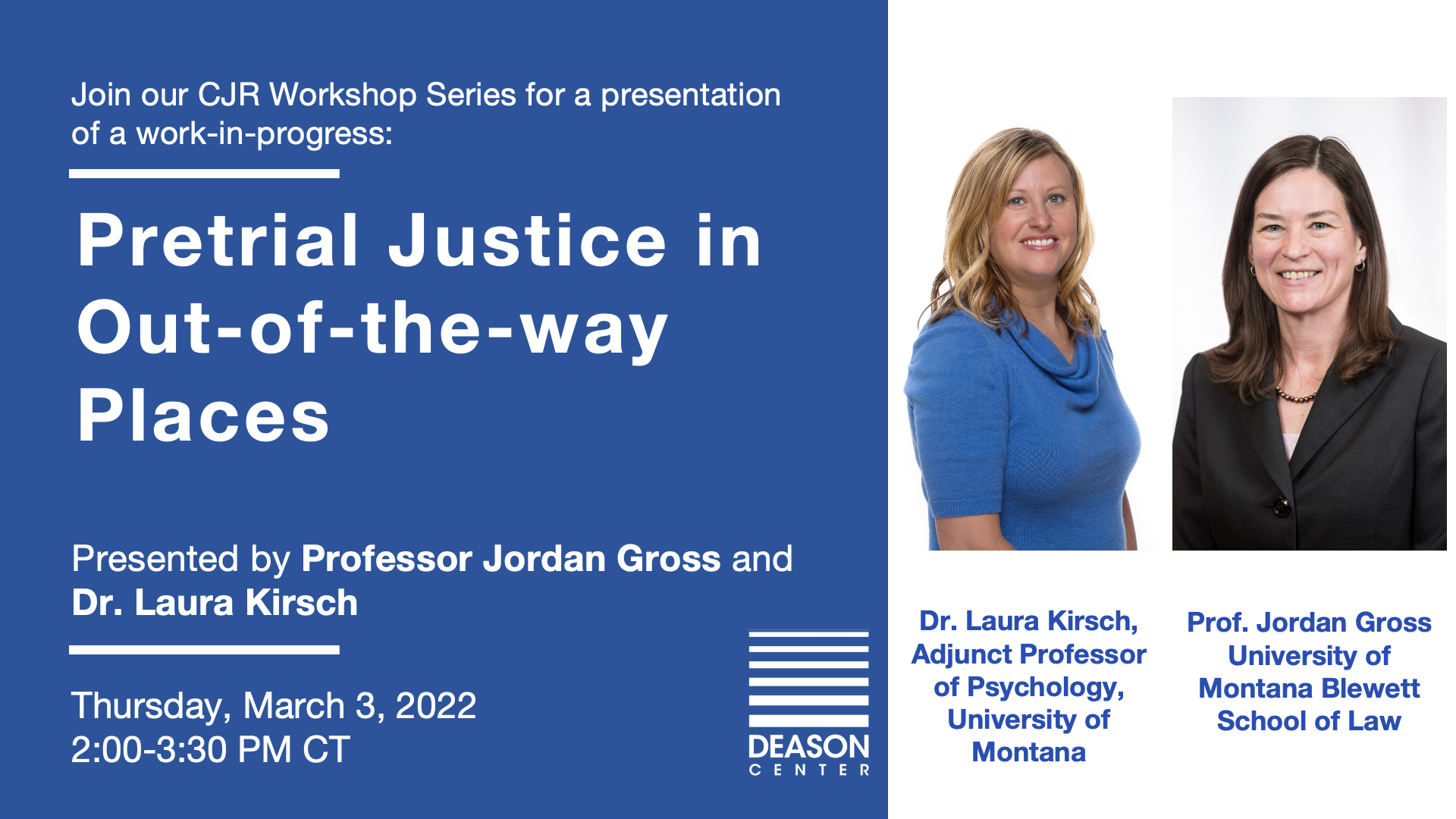 Professor Jordan Gross and Dr. Laura Kirsch supervise the Rural Justice Initiative (RJI) at the University of Montana. In Fall 2021, in collaboration with the Montana Court Administrator’s Office, RJI surveyed Montana judges about their bail and pretrial decision-making practices and procedures. Follow-up interviews will explore the unique challenges and opportunities that rural communities face in the administration of pretrial justice and the implementation of bail reform initiatives. 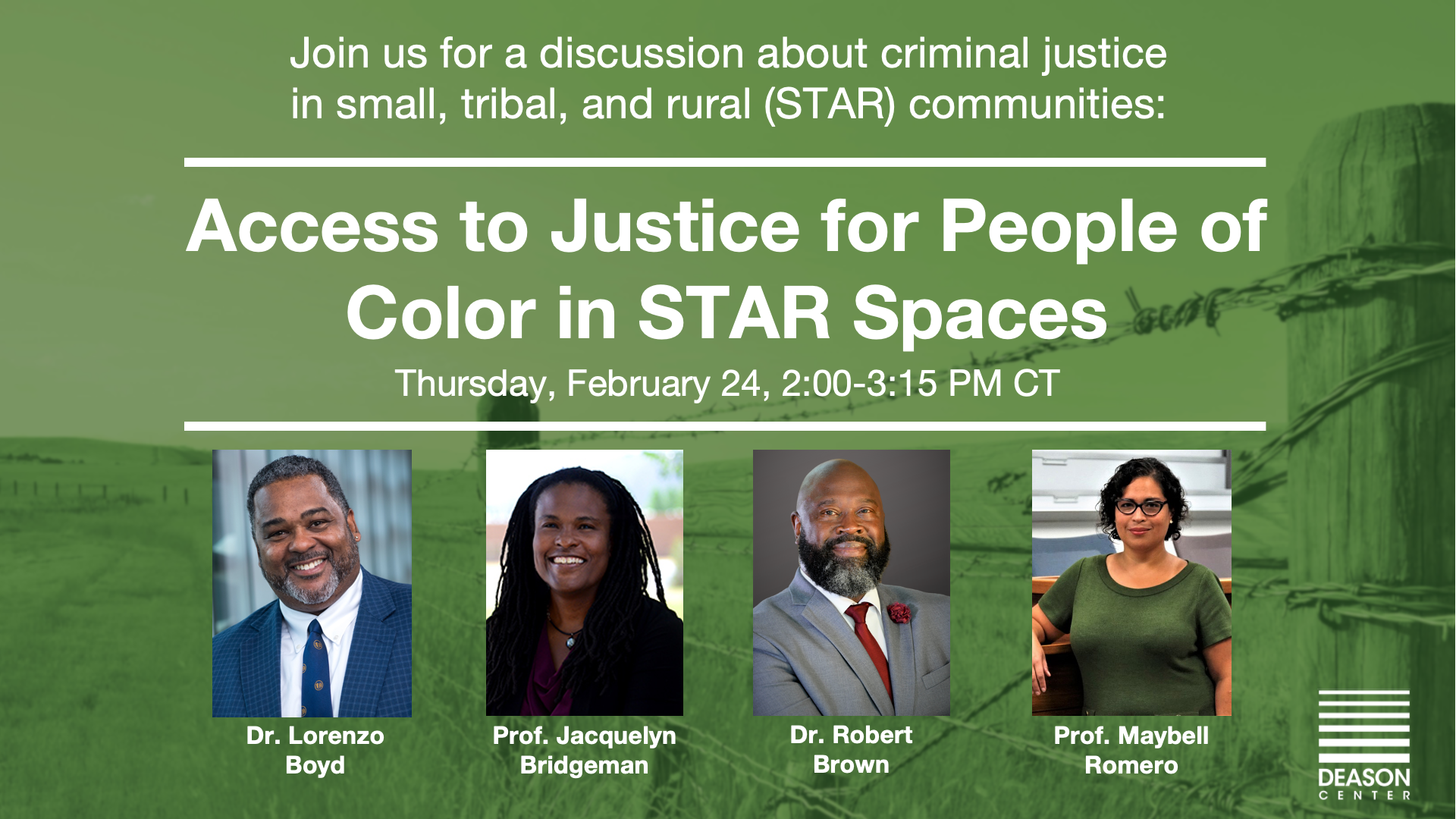 Access to Justice for People of Color in STAR Spaces

Professor Maybell Romero leads a panel discussion about the experiences of Black, Native, Latinx, Asian, and other people of color in small, tribal, and rural (STAR) criminal legal systmes. Panelists address the issues that confront justice-involved people in rural and small-town communities of color.

See All Past Events