Five impressive SMU Dedman School of Law Alumni will be recognized for their outstanding achievements, leadership, and service.  The Distinguished Alumni Award is the highest honor the law school bestows upon its alumni and friends. 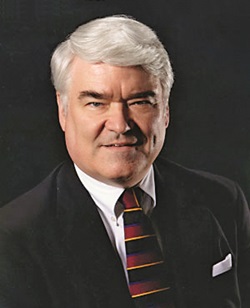 Nathan L. Hecht is the 27th Chief Justice of the Supreme Court of Texas. He has been elected to the Court six times, first in 1988 as a Justice, and most recently in 2014 as Chief Justice. He is the longest-serving Member of the Court in Texas history and the longest-tenured Texas judge in active service. Throughout his service on the Court, he has overseen revisions to the rules of administration, practice, and procedure in Texas courts, and was appointed by the Chief Justice of the United States to the federal Advisory Committee on Civil Rules. He is also active in the Court's efforts to assure that Texans living below the poverty level, as well as others with limited means, have access to basic civil legal services.

Chief Justice Hecht was appointed to the district court in 1981 and was elected to the court of appeals in 1986. Before taking the bench, he was a partner in the Locke firm in Dallas. He holds a B.A. degree with honors in philosophy from Yale University, and a J.D. degree cum laude from the SMU School of Law, where he was a Hatton W. Sumners Scholar. He clerked for Judge Roger Robb on the U.S. Court of Appeals for the District of Columbia Circuit and was a Lieutenant in the U.S. Navy Reserve Judge Advocate General Corps. He is President of the national Conference of Chief Justices, a Life Member of the American Law Institute and a member of Council, and a member of the Texas Philosophical Society. 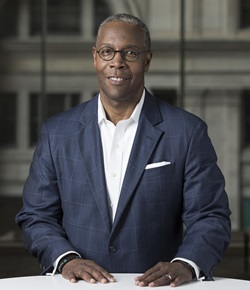 
David Huntley is responsible for developing policies to safeguard the privacy of customer and employee information, verifying compliance with the legal and regulatory requirements of the countries and jurisdictions where AT&T operates and ensuring adherence to internal compliance requirements. His responsibilities also include accessibility compliance oversight. David has held this role since December 2014.

David was appointed to this role after serving as Senior Vice President and Assistant General Counsel-AT&T Services. In this role, he oversaw a nationwide team responsible for providing legal support to the Home Solutions and Global Marketing organizations. He was also responsible for Legal administration.

David currently serves on the boards of Texas Capital Bancshares, Inc., AT LAST!, the Baylor Health Care System Foundation and the Dallas Citizens Council. In addition, he is a Trustee of the Southern Methodist University Board, and a member of the Texas Business Hall of Fame, the Executive Leadership Council, and the Business Ethics Leadership Alliance (BELA) Executive Steering Committee.

A native Texan, David holds a Juris Doctor degree from the Benjamin Cardozo School of Law in New York and a Bachelor of Arts degree from Southern Methodist University in Dallas. He and his wife, Tracey, have two sons, Calhoun and Porter. 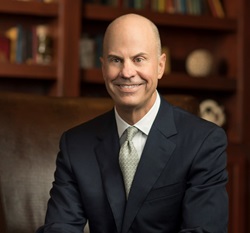 
Tim Powers is the Managing Partner of Haynes and Boone, LLP, which he joined in 1982.  As chief executive of the firm, Tim chairs its executive committee and board of directors and is responsible for developing and implementing the firm’s strategy and achieving its goals. He has led development of the firm’s international practice and its global geographic growth.


In his practice, Tim is widely credited with the legal development of the subscription secured credit facility market, which helped build Haynes and Boone into a global leader in the representation of commercial lenders and investment banks in subscription financings for private equity funds.  Tim also has been involved in more than $1 billion in U.S. real estate investments by foreign investors.


Tim’s contributions to the profession have been widely recognized by his peers. He is ranked as an Eminent Practitioner in Chambers USA as one of America’s Leading Lawyers for Business and he has held senior leadership positions in state, national and international bar associations.


Tim is a member of the Executive Board of SMU Dedman School of Law and chair-elect of the SMU Tate Lecture Series Board of Directors.  He has served on the board of directors of the World Affairs Council of Dallas/Fort Worth, YMCA of Metropolitan Dallas, Dallas Regional Chamber and Crossroads Community Services, among others.  He is a member of the Council on Foreign Relations.


Tim and his wife Joni, an ordained minister, have been married for 33 years.  Their daughter Hannah and son-in-law, Ryland, live in the Austin area; and daughter Kate lives in Midland.  The family gathers at its place in the Davis Mountains of far West Texas.


Tim was an honors graduate (in Political Science) from UCLA (1977) where he was a four-year varsity oarsman on the UCLA crew.  He holds his law degree from SMU Dedman School of Law (1980). 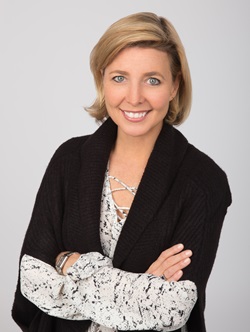 Kit Sawers is president of Klyde Warren Park, Dallas’s favorite green space, welcoming more than one million visitors per year and serving as part of the leadership team for the $120 million expansion of this internationally renowned deck park.

A native Dallasite, Sawers has spent her entire professional career working with nonprofits. She graduated from The Hockaday School and received a BA in English from the University of Virginia in 1989 and JD from SMU’s Dedman School of Law in 1993.

Sawers spent the next 10 years working at SMU, where she led the Willis M. Tate Distinguished Lecture Series, SMU Athletic Forum and Doak Walker National Running Back Award. After several years serving as Executive Director for the Bickel & Brewer Foundation, Sawers took on the role as VP of Special Events for Super Bowl XLV, producing more than 40 regional events in a two-year period.

Sawers also served as Executive Director for Pat and Emmitt Smith Charities and Chief Development Officer for United Way of Metropolitan Dallas, while, along the way, co-founding a company that organized the 2014 NCAA Men’s Basketball Final Four and produced the Grand Opening of Klyde Warren Park, Emmitt Smith Celebrity Invitational, and many other large-scale events for organizations such as the College Football Hall of Fame, Big Brothers/Big Sisters, Friends of the Katy Trail and Vogel Alcove.

Sawers currently serves on the boards of the Episcopal School of Dallas, Dallas Arts District, Dallas Historical Society, Jason Witten SCORE Foundation, and Park House PHoundation, as well as the advisory boards of the Dallas Influencers in Sports and Entertainment and Dallas After School.  She and her husband Kemp, a fellow SMU law grad, are the parents of two daughters: Annie, a freshman at Duke University, and Elizabeth, a freshman at the Episcopal School of Dallas. 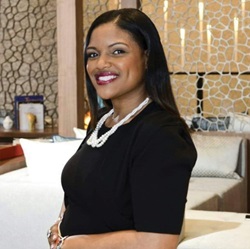 Yulise Reaves Waters is Deputy Director of the Lone Star Justice Alliance. She oversees the program and team development, partnerships management, and community engagement aspects of the Transformative Justice model in the Second Chance Community Improvement Program (SCCIP—pronounced “skip”) in Dallas County and in the Rehabilitative Interventions and Supports for Emerging Adults Program (R.I.S.E.) in Williamson County.

Previously, Waters was a Dallas Assistant City Attorney where she co-founded SCCIP - the first-ever alternative to incarceration for young adults in the State of Texas - which was awarded the 2018 National Association of Drug Court Professionals’ Equity and Inclusion Award for “excellence and leadership in demonstrating and promoting cultural proficiency in treatment court services.”

Waters holds memberships in the Juvenile Law, Criminal Justice, and Collaborative Law Sections, and is an appointed member of the Collaborative Law Section Council of the State Bar of Texas and is a member of the Leadership Dallas Class of 2020. Nationally, her commentaries on race and justice have been featured on syndicated radio and in major U.S. city newspapers. Waters is the recipient of numerous honors including Dallas Business Journal “40 Under 40,” Prairie View A&M University Ministers Conference Outstanding Leader Award, Texas Muslim Women’s Foundation Peace Champion Award, DFW Millennial-to-Watch, Texas State Fair Juanita J. Craft Catalyst Award Honorable Mention, and the SMU Black Alumni’s History Maker Award.  Waters is married to Dr. Michael W. Waters. They have three children