Five impressive SMU Dedman School of Law Alumni will be recognized on Wednesday, April 10, 2019, at the Belo Mansion and Pavilion for their outstanding achievements, leadership, and service.  The Distinguished Alumni Award is the highest honor the law school bestows upon its alumni and friends.  View past recipients or purchase tickets to attend. 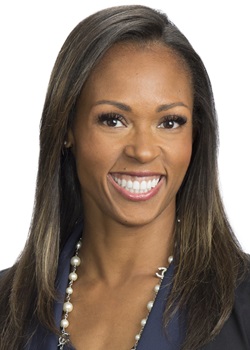 In addition to her involvement within Baker Botts, Ms. Sanford serves in the community on the Emerging Leader Board for SMU's Dedman School of Law, on the Boards of the Dallas Children's Theater and First Baptist Academy, is a Founding Officer of The Village Giving Circle, and is an active member of the Junior League of Dallas.  Christa also is an adjunct professor at SMU’s Dedman School of Law, where she teaches patent prosecution.

Christa is married to Ketric Sanford, and they have three children: Jackson, Cason, and Landry.

Founder, Chairman of the Board and
Chief Executive Officer
Matador Resources Company

Joseph Wm. Foran grew up in Amarillo, Texas.  He is the Founder, Chairman and CEO of Matador Resources Company, the 30th largest independent exploration and production company in the United States.  Matador is traded on the New York Stock Exchange under the symbol MTDR and its focus is the unconventional reservoirs of the Delaware Basin.  Matador has been often recognized as one of the exploration leaders in the Northern Delaware Basin in New Mexico for the development of unconventional reservoirs.  Matador has also been credited with significant advancements in the design of drill bits and drilling rigs.

At SMU, Foran was a Hatton W. Sumners Scholar and Leading Articles Editor of the Southwestern Law Review.  During his time at SMU, he also organized a law school rugby team that won the San Antonio Seven a Side Regional Tournament in the open division.  Following graduation, Foran served as a briefing attorney to Chief Justice Joe R. Greenhill of the Texas Supreme Court.

In 1983, friends, relatives, former teammates and handball colleagues of Foran helped him to raise $270,000 to start Matador I which was sold in 2003 for $388 million on a Friday.  On the following Monday, Foran started Matador II with six million dollars that now has an enterprise value over $3 billion.

Coincident with the start of first Matador, Foran started various programs to help young people with jobs and educational and athletic scholarships.  These educational programs at several schools have grown over the past 32 years to include nine different high schools, endowed scholarships and professorships at four universities and support for faith-based organizations and various military organization efforts, especially the volunteer work of numerous Medal of Honor recipients.

Foran earned his Bachelor of Science in Accounting with highest honors from the University of Kentucky in 1974 and his J.D. from SMU Dedman School of Law in 1977.  He enjoys all outdoor activities including hunting, fishing and ranch work.  Foran and his wife, Nancy, married in August of 1980 and are proud parents of five children: Laura, Bill, Julia, Shelley and Mary. 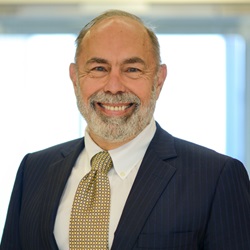 One of the best-known and most respected litigators in Texas, Mike Lynn brings unmatched experience to trying cases. He has tried to verdict more than 120 civil and criminal jury trials and handled over 100 non-jury, arbitration and injunction matters in his distinguished career, winning significant returns for his clients. Recently, Mike led a team of lawyers on behalf of Energy Transfer Partners to obtain one of the largest if not the largest verdict in Dallas-Fort Worth history ($940,000,000 verdict; $535,000,000 judgment).

In 2016, Lynn led his team of lawyers to obtain a $146,000,000 verdict for T. Boone Pickens. Mike, the founder of his firm, LPCH, believes one of the keys to his firm’s success is that “[w]e are an elite, highly-motivated group of business trial lawyers. We like to say that we are the ‘special forces of litigation.’ We are prepared, experienced, tough, relentless, and creative.”

Mike has also published numerous articles and is a frequent speaker on legal topics. He has taught law classes at Southern Methodist University, is active in a number of professional organizations, including the American Law Institute, has served as Co-Chair on a number of Committees of the American Bar Association, most recently The Federal Rules Task Force, and was co-editor of The Litigation Section’s Business Tort Jury Instruction Project, 2nd Edition. Mike served as Council Member on The Litigation Section of the ABA and presently is serving as Co-Chair Litigation Institute for Trial Training, Litigation Section, ABA.

In addition to his impressive legal triumphs, Mike hiked alone for about 700 miles of the Appalachian Trail in 2015 and kept a blog throughout his experience (tinmanonat.blogspot.com). He is married to the Honorable Barbara M.G. Lynn, United States Chief District Judge, Northern District of Texas. They have two children. He received his undergraduate degree from the University of Virginia and his law degree from SMU Dedman School of Law. 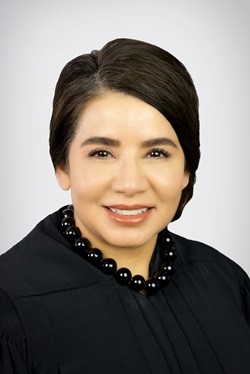 Irma Carrillo Ramirez was sworn in as United States Magistrate Judge for the Northern District of Texas, Dallas Division, on September 9, 2002. She has since handled hundreds of federal civil cases, matters and motions in a wide variety of areas, as well as preliminary felony criminal proceedings, and trials and sentencings in misdemeanor and petty offense cases.


Prior to her appointment, she served as an Assistant United States Attorney for the Northern District of Texas, Dallas Division, where she spent time in both the criminal and civil divisions.  Before joining the United States Attorney’s Office, she was an associate attorney in the general commercial litigation section of the law firm of Locke Purnell Rain Harrell L.L.P.


She received her law degree in 1991 from SMU Dedman School of Law, Dallas, Texas, where she was a Sarah T. Hughes Diversity Fellow. She received a Bachelor of Arts degree from West Texas State University, Canyon, Texas, in 1986. 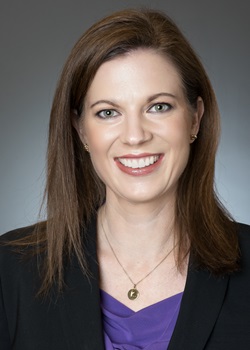 Kelly Rentzel is General Counsel and Executive Vice President of Texas Capital Bank in Dallas, Texas, where she began working in 2012 after ten years of law practice, first at Baker Botts and later at the federal court. She also serves as Vice President of the Southwest Association of Bank Counsel and as Vice Chair of the Dallas Bar Association’s Peer Assistance Committee.


Kelly is an honors graduate of the SMU Dedman School of Law, where she served on the SMU Law Review and played catcher for the LawDawgs championship softball team. She received a dual major with honors from Rice University. It was there that she deepened her love of Shakespeare, discovered her talent for the Macarena, and was first diagnosed with bipolar I disorder.


Kelly first spoke publicly about her mental illness in August 2017 at a Dallas Bar Association CLE. She has since authored multiple articles, launched a website (bipolaroz.com), and spoken to audiences from Austin to Omaha about successfully living with bipolar disorder. In recognition for her work, she received a 2018 Dallas Bar Association Presidential Citation and the 2018 “Outstanding Public Service & Pro Bono Award” from the Association of Corporate Counsel. Her story has also been featured in the ABA Journal and The Texas Lawbook.


Kelly recently completed a manuscript about her experiences, tentatively titled Crazyhorse. The book ends with a tribute to Kelly’s greatest inspiration, her nine-year-old daughter Catie, who still thinks Mom is pretty boring.