A joint symposium co-sponsored by the William P. Clements Center for Southwest Studies, the Tower Center for Political Studies, with support from SMU's Center for Presidential History and the Cox School of Business. 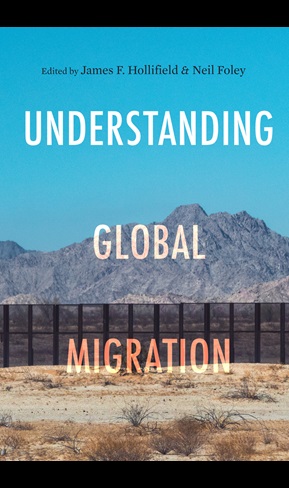 Understanding Global Migration (Stanford University Press, 2022) offers scholars a groundbreaking new account of the emergence of the migration state around the globe, especially in the Global South. Much of the world’s migration has long been to countries in Asia, Africa, the Middle East, and the Americas. With this book, leading scholars of migration studies from many disciplines and countries have collaborated to provide diverse histories of colonialism, development, and identity in shaping migration policy.
Andrew Selee, President of the Migration Policy Institute, writes in the foreword: “This book pulls together a truly exceptional group of scholars from around the world to look at ... how state formation and migration policies interact. As a result, this book provides original research on countries in regions of the world that have been understudied, and also puts Western countries, which have been extensively studied, under a different comparative microscope.”
The genesis of the book began in 2016 when Clements Center Co-director Neil Foley invited SMU migration scholar and SMU Tower Center Director Jim Hollifield to co-organize and co-convene a Clements Center symposium on the subject of global migration.  The idea was to situate North American migration, particularly between the U.S. and Mexico, into a larger comparative context by examining rapidly evolving trends in international migration in the twenty-first century; the root causes and the challenges and opportunities that mass movements of people present for states and regions, including the exodus from the Middle East and Africa to Europe; Mexican immigration and the surge in child migration from Central America through Mexico to the United States; the fluid populations and boundaries of South and Southeast Asia; the displacement of populations in Africa resulting from climate change, failed states, and other natural and man-made disasters; and the rise of new migration states in East Asia and Latin America.
We convened eighteen scholars, first in 2017 at a workshop and retreat at the SMU satellite campus in Taos, New Mexico, where we began to hash out the argument and present the first drafts of the work. We reconvened on the SMU campus in Dallas in 2018 to hone the second drafts of the chapters, and in the intervening years the individual essays benefited from exchanges with scholars around the globe and from anonymous reviews commissioned by Stanford University Press, which will publish the book in spring 2022.