Religion in the North American West 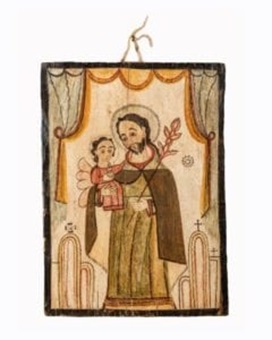 The Williams P. Clements Center for Southwest Studies at Southern Methodist University and the Eiteljorg Museum of American Indians and Western Art will examine religion in the North American West in a two-part symposium to workshop their papers leading to an edited volume. The symposium and resulting volume will examine the religious, spiritual, and secular histories of the Trans-Mississippi West, focusing on the West(s) created by the contact of settler-colonists, migrants, and indigenous peoples from the 16th to 21st centuries. Participants include:

Participants will meet twice to present and workshop their papers: once at SMU’s satellite campus in Taos, New Mexico, in the fall of 2022, and a second time at the Eiteljorg Museum in Indianapolis, in spring 2023.  Conference co-conveners, Brandi Denison (University of North Florida) and Brett Hendrickson (Lafayette College) will edit the papers and convene the workshops.

For more information about the symposium, contact the conference co-conveners or the Clements Center for Southwest Studies.