The Benefactors of the Clements Center 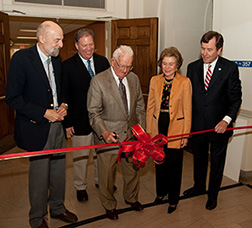 Thanks to our generous benefactors, the Clements Center has become an internationally renowned catalyst for research, publishing, and public programming in a variety of disciplines related to the American Southwest and the U.S.-Mexico borderlands.

In May 2005, on the cusp of the Center's tenth anniversary, the Texas House of Representatives issued a lengthy proclamation commending the Clements Center for "its outstanding contributions to preserving the rich story of the American Southwest and the borderlands."


A special thank you to: