How did Norway’s political leaders navigate the rough trans-Atlantic waters and tricky European cross-currents in the early and mid-2000s? What considerations guided decisions about the extent to which Norway would join the Global War on Terror? What role did individual personalities play in shaping Norway’s relations with the US and other European allies? How did foreign policy demands in the midst of increasingly negative Norwegian public opinion about the US impact Norway’s domestic politics? What does Norway’s experience teach small state actors about managing big power tensions?  These interviews with many of Norway’s policy-makers, security experts, and diplomats seek to answer the above questions. In doing so, they also further understanding of the impact of US foreign policy at home and abroad. 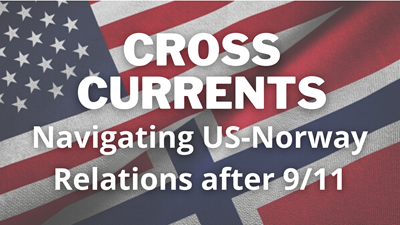 "Cross Currents" is the first season of our new podcast series "Firsthand History." In this 4-episode series, CPH fellow LaiYee Leong explores the relationship--and tension--that developed between the United States and its longtime NATO ally Norway after the terrorist attacks on September 11, 2001. Each episode weaves narrative with pieces of the oral histories Dr. Leong conducted with Norwegian and U.S. officials, including prime ministers, ambassadors, journalists, scholars, and more.

You can find the entire season of "Cross Currents" here.

For a detailed description of this oral history project on U.S.-Norway, click here