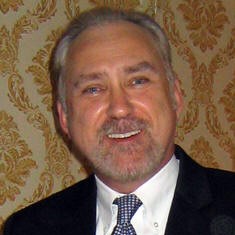 Thomas Knock is Professor of History and Chair of the Clements Department of History at Southern Methodist University as well as an Altshuler Distinguished Teaching Professor and Distinguished Fellow at SMU’s Center for Presidential History.  He teaches courses on 20th century US politics and foreign policy. He received his PhD in History from Princeton University.

Professor Knock’s principal works are To End All Wars:  Woodrow Wilson and the Quest for a New World Order (Princeton University Press, New Edition, 2019; originally published by Oxford University Press, 1992), which won the Warren F. Kuehl Prize, awarded by the Society for Historians of American Foreign Relations; and The Rise of a Prairie Statesman, The Life and Times of George McGovern (Princeton University Press, 2016), which won the 2017 PROSE Award for Biography & Autobiography from the Association of American Publishers.

In addition, he has written numerous book chapters and articles in leading scholarly journals (American Quarterly, Diplomatic History, Political Science Quarterly, Reviews in American History, etc.).  He is also the co-author of The Crisis of American Foreign Policy: Wilsonianism in the 21st Century (Princeton, 2009); and the co-editor (with John Milton Cooper, Jr.) of Jefferson, Lincoln, and Wilson: The American Dilemma of Race and Democracy (University of Virginia Press, 2010); and (with Jeffrey Engel) of When Life Strikes the President:  Scandal, Death, and Illness in the White House (Oxford University Press, 2017).

Professor Knock serves on the Editorial Board of Presidential Studies Quarterly and the Board of Trustees of the Woodrow Wilson Presidential Library, and has received research grants from the National Endowment for the Humanities and the American Philosophical Society; he was a Fellow at the Charles Warren Center at Harvard University in 1996. He has served as adviser and commentator for the documentary, “Woodrow Wilson,” in the PBS “American Experience” series and in the same capacity for the History Channel series on the American Presidency, “To the Best of My Ability.”  He also was principal adviser and commentator for the feature documentary, “One Bright Shining Moment: The Forgotten Summer of George McGovern” (2005).