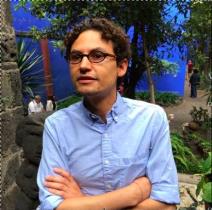 Óscar Iván Useche is a visiting lecturer of Spanish. He comes to Dallas from the East Coast, where he has taught language and culture for more than 10 years. Professor Useche completed his Ph.D. in Latin American and Iberian Cultures at Columbia University, and specializes in the cultural production of 19th- and 20th-century Spain. He has a very strong commitment to language learning and implements cognitive theories of skill-building in his classes.