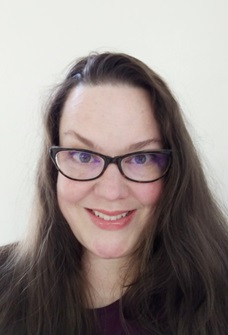 Gabrielle attended the University of Texas at Arlington for her undergraduate studies, receiving BA degrees in Linguistics, and Critical Languages and International Studies: German, earning the Certificate in Translation and Localization in German and a minor in French. She is a native speaker of both English and German due to her bicultural upbringing and exposure to both languages growing up in Vienna, Austria. Her dual proficiency helped her to obtain an MA in Interpretation and Translation from the Middlebury Institute of International Studies at Monterey. Gabrielle has taught at the University of Texas at Arlington and at the high school level. She has worked as an instructor at all levels for the Dallas Goethe Center (subsidiary of the Goethe Institut) since 2016, and also works as a conference and health care interpreter, and translator. Her interests include second language acquisition theory, and Germanic languages and dialects, such as Pennsylvania "Dutch" (Pennsilfaanisch Deitsch) and Mennonite Low German (Plautdietsch).