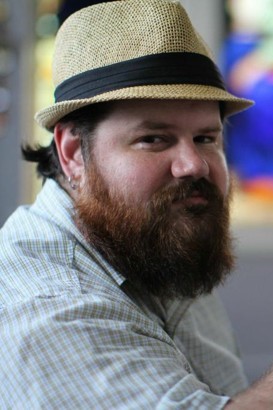 Justin Barringer is a PhD student in Religious Ethics at Southern Methodist University. He has been awarded the John Wesley Fellowship, the Albert Schweitzer Fellowship, the Cary Maguire Fellowship, and the Jenzabar Foundation Student Leadership Award. Justin's first book, a co-edited volume, A Faith Not Worth Fighting For: Addressing Commonly Asked Questions about Christian Nonviolence (Cascade, 2012) received widespread praise. He has two forthcoming co-edited books, Practicing the Kingdom: Essays on Hospitality, Community, Friendship in Honor of Christine Pohl, and The Business of War: Theological and Ethical Reflections on the Military-Industrial Complex, both with Cascade. His current work focuses on the triad of friendship, hospitality, and community particularly in relationship to charity and massive wealth inequity.

Justin and his wife, Rachel, co-founded and now run a ministry called Diapers, Etc. that “exists to provide diapers, feminine hygiene products, and other important goods not typically covered by government programs or other service providers.” He is also a pastor, publishing consultant, writer, and editor. Justin grew up primarily in Florida, Alaska, and North Carolina and has been a missionary in Greece and China, as well as worked extensively among homeless people in cities as varied as Nashville and Los Angeles to Lexington and Little Rock. He has also served at mercy and justice organizations like The Dream Center and Sojourners. Justin is father to Israel and Zoe, and a friend of God.