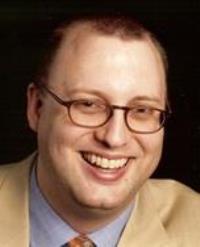 Geoffrey C. Moore is the recipient of a 2013-2014 Dempster Graduate Fellowship from The United Methodist Church General Board of Education and Ministry. He was also named Acting Director of Community Worship for Perkins School of Theology for the fall of 2013 while Professor Mark Stamm is on research leave. In addition to his work at Southern Methodist University. Mr. Moore serves on the Executive Committee of The Hymn Society in the United States and Canada. As a result of his work at the intersection of liturgy, music, and theology, Mr. Moore has been invited to give a plenary address at the sexennial international gathering of The Hymn Society in the United States and Canada, The Hymn Society of Great Britain and Ireland, and the Internationale Arbeitsgemeinschaft für Hymnologie to be held at the University of Cambridge, England, in July 2015.