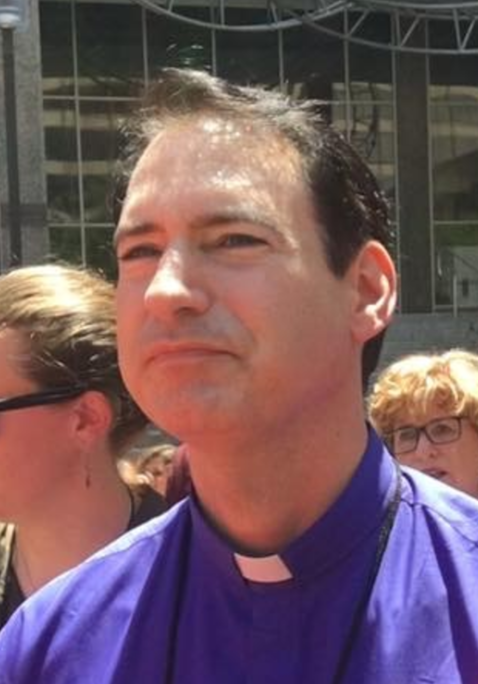 Rev. Alex Vishio was born and raised in Baltimore, MD. Upon receiving his BA from Swarthmore College, where he majored in religious studies, he entered the Divinity School at the University of Chicago, earning his MDiv degree. He returned to Baltimore to teach high school classics and to serve as an adjunct instructor in religious studies at Villa Julie College (now Stevenson University). He eventually returned to the Divinity School to pursue graduate work in ethics. There, he assisted in teaching courses in ethics, metaphysics, ministry, and religious studies. In addition, he served as an adjunct religion instructor at Chicago Theological Seminary. He returned to Baltimore to teach classics and minister as chaplain at the Gilman School, as well as to adjunct in the classics department at Loyola University. Most recently, he served as Assistant Minister for Social Justice & Witness and Acting Associate Conference Minister of the Central Atlantic Conference of the United Church of Christ.

Alex’s academic areas of interest include Christian theology, ethics, New Testament studies, and philosophy of religion. He specializes in neoclassical metaphysics as well as revisionary and liberation theology. He currently is a co-editor of The Notebooks of Schubert Ogden, an online project hosted by Drew University.