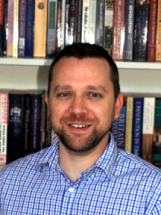 Much of my research concerns the relationship between the two central features of mentality—consciousness and intentionality. I'm particularly interested in the idea that conscious experiences have a certain kind of intentional content in virtue of their phenomenal character. Much of my work is devoted to defending a Fregean rather than a Russellian theory of this "phenomenal content." I am also particularly interested in related issues concerning the relationship between appearance and reality. Are the phenomenal properties that are present to us in veridical perceptual experience mind-independent properties of external objects, or are they mental or mind-dependent properties?

"The Inverted Spectrum," in The Oxford Companion to Consciousness, eds. T. Bayne, A. Cleeremans, and P. Wilken (Oxford University Press, 2009).

"Representationalism and the Argument from Hallucination," Pacific Philosophical Quarterly 89 (2008): 384-412.