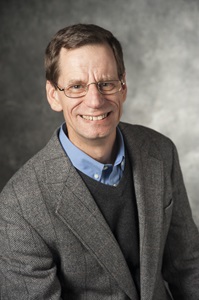 Professor Reinelt's research involves mathematical modeling of applied physical problems and the development of solution techniques for these problems. Past problems he has examined include the motion of long bubbles in capillary tubes, fluid draining from a tube under the effect of gravity, and the shapes of bubbles and fingers as a fluid penetrates into a more viscous fluid.

His current research interests include foam flow, and the stability and variations of thin film thickness in coating flows. His foam research involves the development of theories that relate foam structure and the physical properties of the constituent phases and interfaces to macroscopic rheology. In the coating flow problem, he is investigating the instabilities that occur when a thin liquid film is deposited on a moving roller or cylinder. This problem is of particular interest to the printing and photographic industries, and other problems have applications in petroleum and geothermal energy production and manufacture of coatings and polymeric foams.

He recently has done research at the Laboratoire de Dynamique des Fluides Complexes at the Universite Louis Pasteur in Strasbourg, France, and has collaborated with colleagues in applied mathematics and fluid and thermal science at Sandia National Laboratories. Some of his publications have appeared in the Journal of Fluid Mechanics, Physics of Fluids, Journal of Colloid and Interface Science, and International Journal of Multiphase Flow.