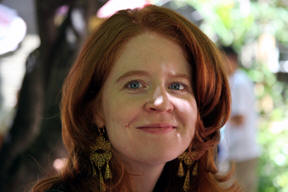 Ms. Neubauer is currently researching and writing her dissertation, tentatively entitled, "American Indian Child Welfare, Sovereignty, and Race in the Cold War Era." It tells the untold story of the thousands of children taken by state and federal authorities from American Indian communities in the 1950s, '60s, and '70s. Her research focuses primarily on the ways in which Native families, judges, and social workers clashed over the application of cultural values and principles of tribal sovereignty. The project implicates a variety of historical contexts, including Cold War-era attitudes about the nuclear family, mid-twentieth-century changes in the American social welfare system, and federal policies that sought to terminate the tribal status of American Indian communities.