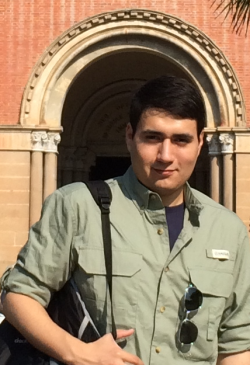 Carlos was born in Dallas, and raised in Texas and Mexico. He has an interest in 20th century European history, specifically the Spanish Civil War and World War 2. As an undergraduate, Carlos studied abroad at the University of Oxford and was awarded the “George Watt Prize” for a research paper on the Spanish Civil War, subsequently published by the Abraham Lincoln Brigade Archives. Carlos has also worked as a freelance writer and published articles for the Rambler Newspaper.