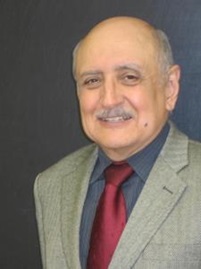 The Lost Land: The Chicano Image of the Southwest, University of New Mexico Press, 1984

In his work, Professor John Chávez systematically links two major theories to come out of scholarship since the 1960’s. Internal colonialism gained popularity among social scientists while postnationalism emerged from literary/cultural theorists. Chávez synthesizes both theories into a framework for describing the ways that land and institutions have historically affected constructions of ethnic identity—and the postnational identities that are currently being formed.

Chávez explores how the United States acquired much of Mexico between 1846-1848 in his book, The Lost Land. The U.S. occupied the Southwest by conquering its indigenous populations, including native, Spanish-speaking, mestizo Mexicans. After 1848, Mexican Americans remained a conquered people living on occupied land within the United States, a situation of internal colonialism.

In Beyond Nations, Chávez notes that some Mexican Americans have been offered dual nationality by Mexico. Furthermore, in light of NAFTA, Mexican policy makers would like to encourage the practice of the European Union where many member states seek to minimize conflicts caused by exclusive notions of nationality by permitting citizens to move across borders without passports, based on a common legal European citizenship and identity.

Chávez thus finds that many individuals in both North America and Europe have developed postnational identities. They imagine themselves as members of continental federations, with concentric loyalties to localities, regional homelands, and national states.

In Eastside Landmark, Chávez uses postcolonial theory to describe how Mexican Americans in Los Angeles regained enough economic and political power after the 1960’s to claim some autonomy by controlling significant local and state institutions.

Along these lines, Chávez has also studied the residents of Zacatecas, Mexico, and of Granada, Spain. The latter see themselves as citizens of the autonomous region of Andalusia, of the nation of Spain, and of the continent of Europe. A logical extension of such postnational identities and economic globalization would seem to be individual world citizenship.

Shifting Forms of Continental Colonialism explores colonialism in Asia, Africa, Europe, and the Americas, from the early modern period to the present. It offers an interdisciplinary approach bringing together historians, anthropologists, and sociologists to contribute to a critical historical anthropology of colonialism.

A Select List of Books in Mexican-American History (2018 update)

This list of secondary sources includes surveys and monographs, but few collections or biographies; while some works may overlap disciplines, their content is historical on the whole and focused significantly on ethnic Mexicans in the United States.

The purpose of this paper is to outline the connections between internal colonialism and post-colonialism, two dimensions of an evolving colonial paradigm. To test these theories against historical reality, they are applied to ethnic Mexicans and Indians, especially Navajos, in New Mexico in order to ground them and colonialism in general at the regional level. This paper claims that internal colonialism continues effectively to explain the historic subordination of indigenous and mixed peoples within larger states dominated by other groups. This condition understood, the paper sees postcolonial theory as providing ideas to end internally colonized societies since the theory critiques the lingering negative effects of colonialism and envisions a world beyond it. Ultimately, this paper argues that contrary to earlier dismissals, internal colonialism gains credibility in light of more recent developments in postcolonial thought and in context of the evolving colonial paradigm.

Aliens in Their Native Lands:  The Persistence of Internal Colonial Theory