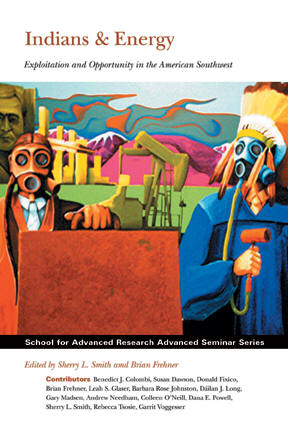 Professor Sherry Smith’s work rests at the intersection of western, Native American, and United States cultural history. She examines how Europeans and Anglo-Americans have perceived Indian people and their worlds. Those perceptions have changed since the colonial and conquest periods, with significant cultural and political consequences for Native Americans and the nation.

In her earliest works, Smith investigates how the vanguard of American expansion, the army, came to understand that Indians often had just cause in fighting Americans for their property rights. Although the army operated on assumptions of cultural superiority, the diaries of army officers and their wives reveal troubled reflection—they sometimes found themselves engaging in wars of doubtful morality in which they operated with hearts in conflict with their actions.

By the end of conquest, around the 1880’s, non-Indians sought out Indian people for the purpose of “salvaging” their cultures for posterity, assuming Native American cultures could not survive into the twentieth century. As a result, many popular ethnographies about Indians were written for general readers between 1880 and 1940.

Smith’s prizewinning book, Reimagining Indians, explores the process of salvaging. As these writers began to “reimagine” and reconsider the value of Indians, they frequently argued that native cultures proved superior to the dominant culture.

As a result, ethnographers often worked to reformulate federal policy to preserve rather than extinguish Indian cultures and land bases.

Although ambivalence and complexity pervade Indian and non-Indian relations during the nineteenth and twentieth centuries, inclinations toward preservation became even more pronounced during the 1960’s and 70’s, particularly among counterculture types and New Leftists.

While Smith credits Native Americans and their will to survive for much of the current vitality and vibrancy of peoples, communities, and treaty rights, she investigates the impulses behind non-Indian support for treating Native Americans as relatively valuable members of the American community with important political and economic rights.

Other areas of interest include incorporating western women’s history into “mainstream” approaches to American settlement, and major themes in the history of the American Southwest during the twentieth century, with special emphasis on environmental, economic, and political developments.