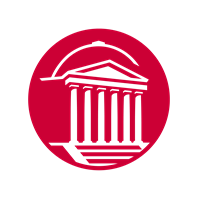 Professor Garelick is the author of three monographs: Mademoiselle: Coco Chanel and the Pulse of History (Random House), a political and critical biography; Electric Salome: Loie Fuller’s Performance of Modernism (Princeton University Press), awarded Outstanding Title in the Humanities and Performing Arts by Choice; and Rising Star: Dandyism, Gender, and Performance in the Fin de Siècle (Princeton University Press), winner of the Kayden Prize for Outstanding Manuscript in the Humanities. She has also edited collections on art, literature, and fashion, including Fabulous Harlequin: ORLAN and the Patchwork Self, contributed essays to museum catalogues in the United States and Europe, and written many book chapters and scholarly articles.

Professor Garelick’s New York Times column “Face Forward,” is devoted to the intersection of fashion, media, style, and politics. For five years, she wrote the “Reading the Signs” column for New York Magazine’s “The Cut.”  Her work has also appeared in The Washington Post, The Wall Street Journal, The Los Angeles Times, Vanity Fair, Salon; The Brooklyn Rail, Hyperallergic and many other venues. She is interviewed frequently in the press and in documentary films, and is currently a writing consultant for Apple+ TV’s upcoming series, “The New Look,” about European fashion.

In addition to her academic and writing career, Professor Garelick has been an international corporate consultant, working in market research, branding, strategy, and crisis management—for industries such as television, fashion, cosmetics, banking, insurance, and publishing.

She is currently at work on a book about the relationship of fashion to global politics.

The Graduate Center of the City University of New York: Visiting Professor of Theater Studies: 2014

University of Nebraska-Lincoln: Professor of English and Performing Arts and Director and Founder of the Interdisciplinary Arts Symposium, 2008-2018

Fellow, New York Institute for the Humanities, elected May 2017

French Heritage Literary Award Shortlisted (one of five), for Mademoiselle, 2017

Outstanding Academic Title in the Humanities/Performing Arts, awarded to Electric Salome by Choice Magazine and the American Library Association, 2008