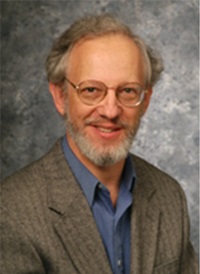 Ezra Greenspan is Edmund J. and Louise W. Kahn Chair in Humanities and Professor of English at Southern Methodist University. He is a literary, media, and social historian specializing in the history and culture of the modern United States. His books include William Wells Brown: An African American LIfe (finalist for the 2015 National Book Critics Circle Award for Biography, the Frederick Douglass Book Prize, and the Texas Institute of Letters book prize), George Palmer Putnam: Representative American Publisher (winner of the 2001 American Publishers Association Award for Best Scholarly Biography), and Walt Whitman and the American Reader. He is also the founding co-editor of the scholarly journal, Book History (winner of the 1997 Award for Best New Journal from the Council of Editors of Scholarly Journals).

He is currently at work on a comprehensive family biography to be called Frederick Douglass and His People: A Family Biography, which will offer a history of the generic Bailey/Douglass family from the moment of European/African/Native contact in Maryland through eight generations of enslavement and into the twentieth century.

National Endowment for the Humanities commendation

Greenspan recent public lecture: "The Matter of Black Lives: Writing the Biography of Frederick Douglass and His Family"