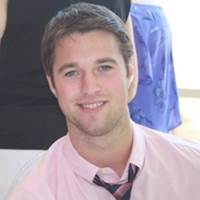 A 2014 graduate with a Bachelor of Science in Economics with Financial Applications, Kyle Lemons was honored with several of the department’s and university’s highest awards, including the Distinguished Scholar, Easterwood Trust Scholar, Mustang Scholar, and Veritas Scholar awards.  He was awarded a Robert Mayer Undergraduate Research Fellow which allowed him to finished his distinction paper as well as win the Larrie and Bobbi Weil Undergraduate Research Award.

Now a managing partner at Red Rock Oilfield Services, Kyle has used his economics training to develop models for service lines, unique pricing structures for hydrostatic testers, regression models to forecast cash flow.   His undergraduate economics courses at SMU have provided a solid foundation for new things he’s had to learn since graduating.

So far, I’ve had a “baptism by fire” on business valuation models, private equity deal structures, and tax liability strategies among other things, and my economics background has shortened my learning curve.

Daniel Sanabria graduated in 2014 with an M.A. in Applied Economics.  While at SMU, he was inducted into Phi Beta Kappa and Omicron Delta Epsilon honor societies.  Now an economist and Assistant Vice President for Comerica Bank, Daniel attributes his strong theoretical background in economic theories and technical skills required to enter the workforce to his education in SMU’s economics program.  He says, “During my tenure in the program, I met many talented and highly motivated students from all over the world. The students varied in academic backgrounds allowing for strong group study sessions. The professors within the department were always supportive and approachable for questions.”  Today he remains in contact with his professors and several classmates

Ian McDonough received his Ph.D. in Economics from SMU in 2014 and is currently an assistant professor at University of Nevada – Las Vegas.  His current research interests are child health and development, education, food security, and microeconometrics. During his time at SMU, he won the Melody Rice Memorial Award in Economics as well as a Dean’s Dissertation Fellowship.  Prior to coming to SMU, he served as an economist and Chief of Staff at Laffer Associates, where he was directly involved in the investment process including the creation, testing, and implementation of quantitative asset allocation models and economic forecasts.