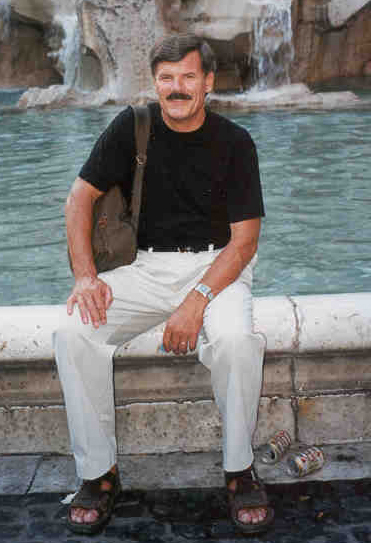 ANTH 3313 - South American Indians of the Past and Present
ANTH 3319 - Human Ecology
ANTH 3334 - Fantastic Archaeology and Pseudocience: Lost Tribes, Sunken Continents, Ancient Astronauts, and Other Strange Ideas About the Past (co-listed with CF 3334)
ANTH 3388 - Warfare and Violence: The Anthropology and Ethics of Human Conflict (co-listed with CFA 3388)
ANTH 5335 - History of Anthropology Part 2
ANTH 6312 - Contemporary Theory in Anthropology

My research interests in the indigenous peoples of Latin America, and more specifically in the rise of complex prehispanic societies on the north coast of Peru, began when I worked as a Peace Corps volunteer in Bolivia during the late 1960s. My Peace Corps group was trained intensively in both the Aymara and Spanish languages at the University of Washington which, coincidentally, was the university where I had just received a B.A. in Political Science. In addition, in the training program, we were introduced to the cultural anthropology of the Aymara people by several experts who had lived and worked with this group. During the two years in Bolivia, I spent several vacations visiting Quechua towns and Inca archaeological sites in the area around Cuzco, Peru. After Peace Corps, together with several friends, I traveled home overland to the U.S. and had an opportunity to visit a number of other impressive archaeological sites, including Pachacamac and Chan Chan, in Peru, and Monte Alban and Teotihuacan, in Mexico. In addition, we visited several indigenous groups who still maintained their traditional way of life, including the Colorados of Ecuador, the Kuna of the San Blas Islands, Panama, and the Maya Quiche near Antiqua, Guatemala.

Upon my return to the U.S., I had an opportunity to work seven months at the site of Calico Hills, California - whose subsurface remains are now quite rightly seen as highly unlikely to represent human occupation, in contrast to the claims of its excavators of a pre-Paleo Indian presence here. The titular head of the Calico Hills excavations was L.S.B. Leakey, and, during several of his visits, I heard him speak with great enthusiasm about his early hominid finds at Olduval Gorge, Tanzania, and about the work Goodall, Fossey, and Galdikas were carrying out with higher primate groups. As a result, I became quite enthused myself about the study of anthropology more generally beyond the narrower confines of prehistoric archaeology. Nevertheless, before embarking on a career in anthropology, I spent two years at San Diego State University earning a Master's degree in Spanish, with a focus on the indigenous novel of Middle and South America.

Following this, in 1973, I was admitted to the Ph.D. program in the Department of Anthropology at the University of Michigan, with the goal of working on the rise of complex civilizations in Mesoamerica and the Central Andes. During my time at Michigan, I worked one season with Kent Flannery's Oaxaca Valley project, participating in excavations carried out by one of his students on habitation terraces at Monte Alban, the capital of the ancient Zapotec state; another two seasons with Jeffrey Parsons onhis monumental Valley of Mexico settlement pattern surveys; as well as part of a season with Jeff Parsons on a settlement pattern survey in the Tarma area of the Andes east of Lima, Peru. During my years at Michigan, I was much influenced by the publications and teachings of Professors Kent Flannery, Jeffrey Parsons, and Henry Wright. I also took (or sat in on) courses with Professors Aram Yengoyan, Roy Rappaport, Richard Ford, Roberto Frisancho, John Earls, Conrad Kottak, Frank Livingstone, and Robert Whallon. All of them influenced me strongly toward an ecological-evolutionary paradigm and the need to make theory formulation and testing in archaeology not only an anthropologically-oriented endeavor but an explicit part of research strategy as well. With John Earls (Ph.D. from U. Illinois), I spent a semester intensively reading the 16th- and 17th-century Spanish documentary sources on late Pre-Colonial and early Colonial Peru, which gave me some appreciation of the richness of the ethnohistorical data available on the Inca state.

During the late 1970s, while still a graduate student at Ann Arbor, I taught a number of courses at the Flint and Dearborn campuses of the University of Michigan, which provided an opportunity to begin developing some of the courses that I now teach at Southern Methodist University, including Prehistoric Cultures and Human Ecology. In addition, since the anthropology faculty at both campuses was relatively small, I was pressed into teaching a general introductory course in Cultural Anthropology. Beyond the earlier reading of selected ethnographies I had done in courses on ecological anthropology at Ann Arbor, this gave me additional impetus to read a number of ethnographies ranging reasonably widely around the world.