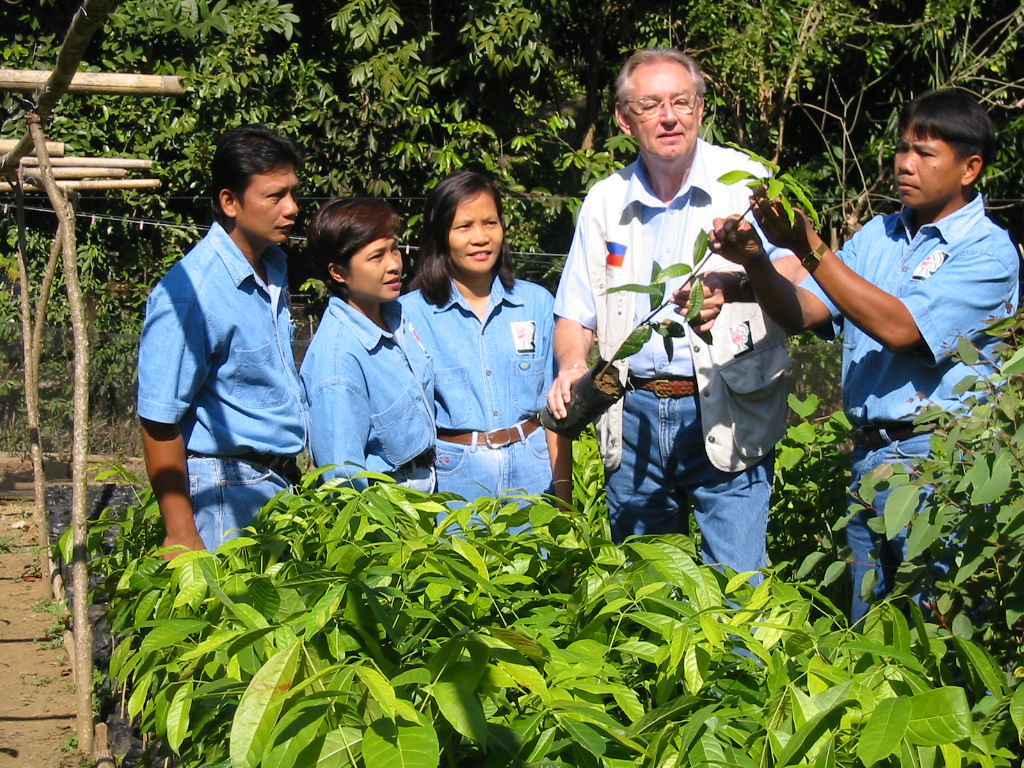 Ben's early research was in the field of traditional ethnography (e.g., studying head taking, kinship analysis, religious worldview, and ecological adaptation), but as his experience grew, his attention turned more to the issue of how to utilize traditional anthropological concepts and methodologies as they can be applied to ameloirating some of the problems confronting the contemporary rural peoples of Asia.

Ben's long-term research project started twenty years ago when he designed the project and brought together a diverse group of institutions (the academy, government, and industry) to examine the causes, and develop cures for the deforestation problems in Southeast Asia. This project continues and he has just started a new research project on the environmental and cultural ramifications of the aftermath of the eruption of Mt. Pinatubo on the Ayta of the area.

While pursuing his teaching, research, and writing activities, Ben Wallace also served as Chair of Anthropology from 1985-92, Vice President for the Institute for the Study of Earth and Man from 1989-2000, and Director of the Study Abroad Office from 1992 until 2008.

His most recent publication, Weeds, Road and God: A Half-Century of Culture Change among the Philippine Ga'dang is a restudy of the Ga'dang, (Waveland Press, 2013) examines almost fifty years of change among the Ga'dang, ethnographic research, and his reflective view of anthropological research.

Weeds, Road and God: A Hal-Century of Culture Change among the Philippine Ga'dang, Waveland Press, 2013.