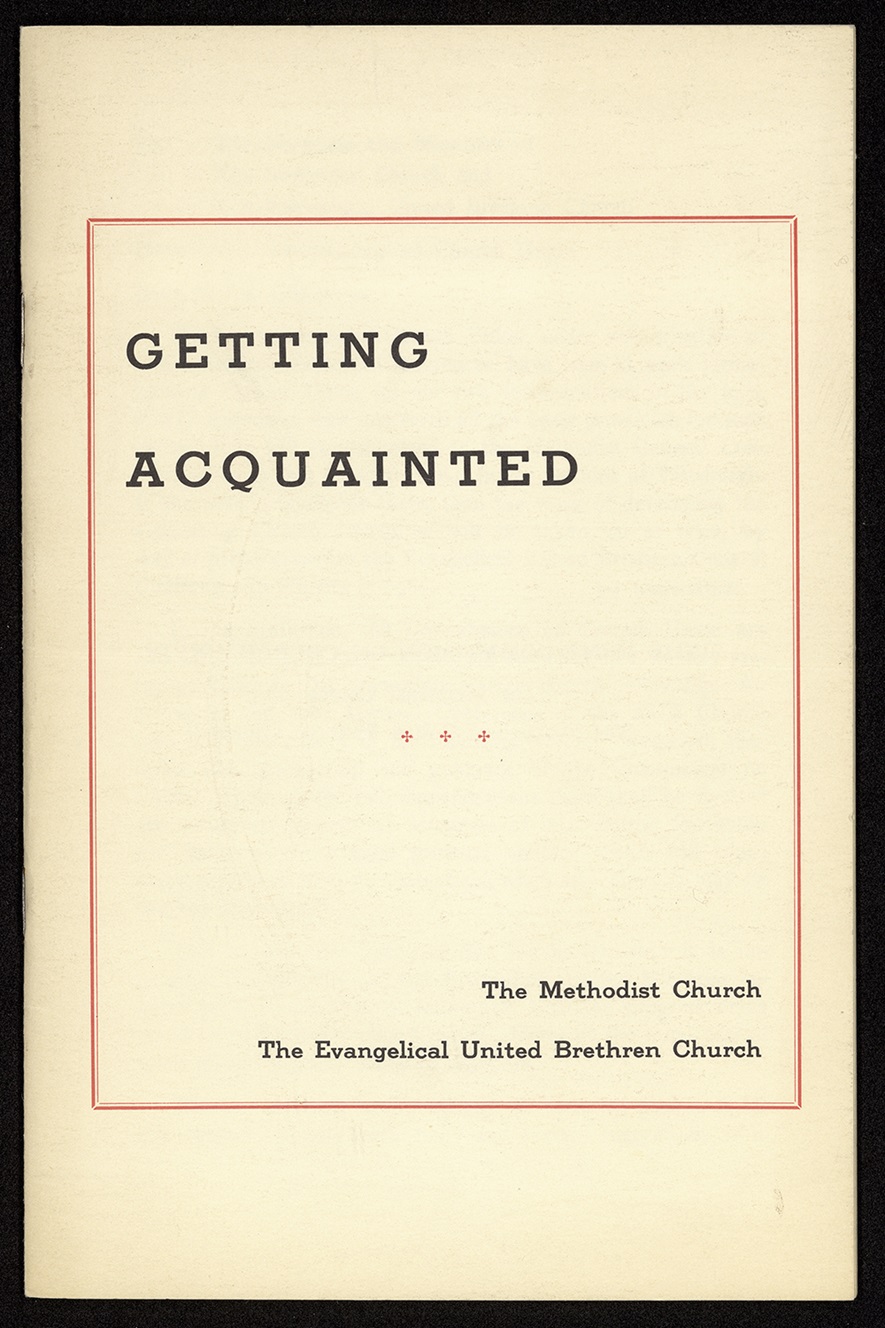 The Joint Commission on Church Union.
Getting Acquainted.
1962–1964.

These two publications represent the preparations made for the merger of The Evangelical United Brethren Church and The Methodist Church. Getting Acquainted suggested numerous ways in which church members and leaders could get to know each other. The Report from the Joint Commissions on Church Union outlined the steps to be taken in order to officially “bring together two churches similar in history, in belief, in practice, and in form of government.”