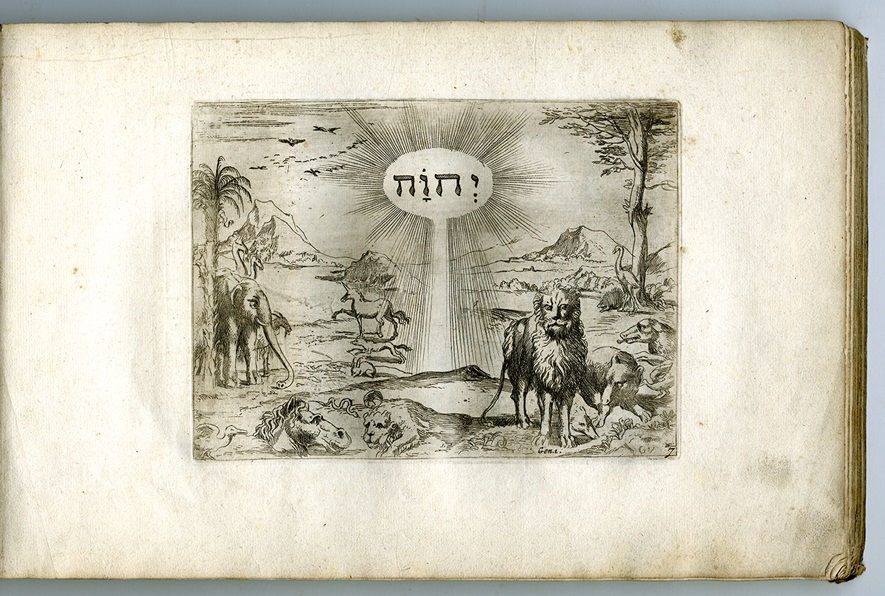 This suite of etchings was the first work to reproduce the cycle of biblical frescoes illustrated by Raphael (1483–1520) that decorate the Logge in the Vatican. While in Rome in the early 1600s, Badalocchio and Lanfranco copied the frescoes and issued this series of etched plates based on their drawings. First published in 1607, the suite was reprinted in 1614 before this third edition was printed in 1638 with several intriguing changes. Of the ten plates in which a representation of God appears, for example, eight have been significantly reworked so that the image is replaced with the name of God in Hebrew letters. On display is such an alteration found in the scene of Genesis 1:25.

The remaining two plates with depictions of God have been repurposed so that the images represent instead other biblical figures. Following a prohibition against representing God in human form, paintings and prints are known to have been altered. Examples of prints from altered copperplates with images removed and replaced or repurposed are less well known.