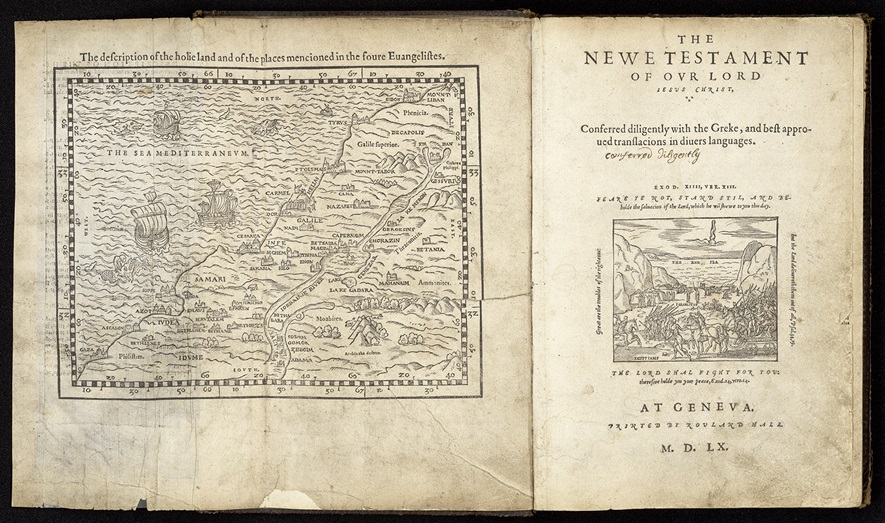 English Bible.
The Bible and Holy Scriptures Conteyned in the Olde and Newe Testament.
Geneva: Rouland Hall, 1560.
New Testament only.
(00018)

The Church of England officially became Protestant during the brief reign of Edward VI (1547–1553). With the succeeding accession of Mary I in 1553, a Roman Catholic, English translations of the Bible were again officially condemned. During Mary’s reign (1553–1558) the English Protestant scholar William Whittingham (ca. 1524–1579) fled to Geneva, where he produced a new English Bible based on the Greek and Hebrew sources. This first edition of the “Geneva Bible,” published in a portable format and in legible roman typeface, represented a superior translation that included several aids to improve understanding. This Bible remained tremendously popular throughout the sixteenth century, despite official disapproval of its controversial and anti-monarchical marginal notes. The Harrison Collection holds only the New Testament portion of the 1560 edition.