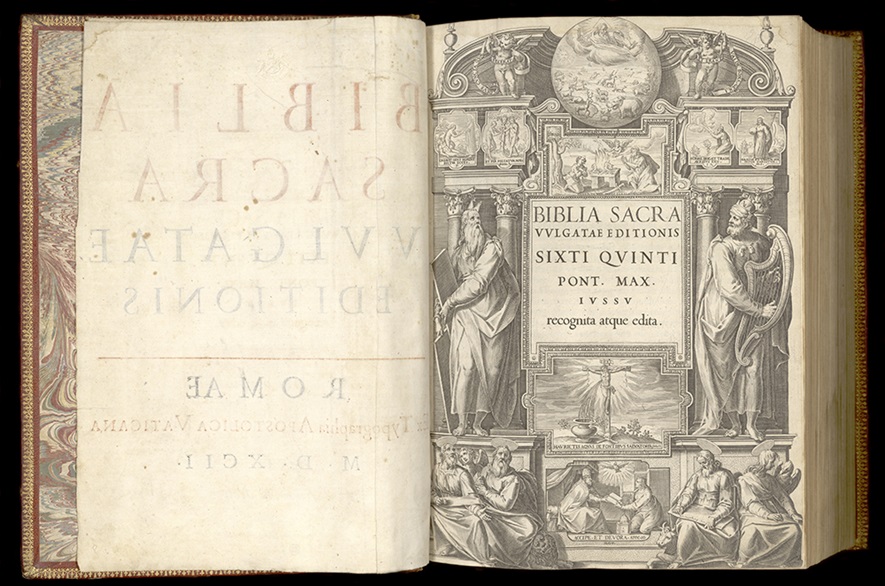 In response to the wide dissemination of Luther’s Bible and concerns with the success of the Reformation, the Council of Trent declared the Vulgate to be the authorized text for the Biblical canon and ordered the creation of a standard version. Issued under the sanction of Pope Clement VIII (b. 1536, r. 1592–1605) and known as the Clementine Bible, this 1592 edition of the Latin Vulgate Bible became the official biblical text of the Catholic Church. The prefatory materials include the decree of the Council of Trent on the canonical scriptures and a brief by Clement VIII. The Vulgata Sixto-Clementina remained the official Latin Bible text of the Roman Catholic Church until the late twentieth century, when the Nova Vulgata was issued.