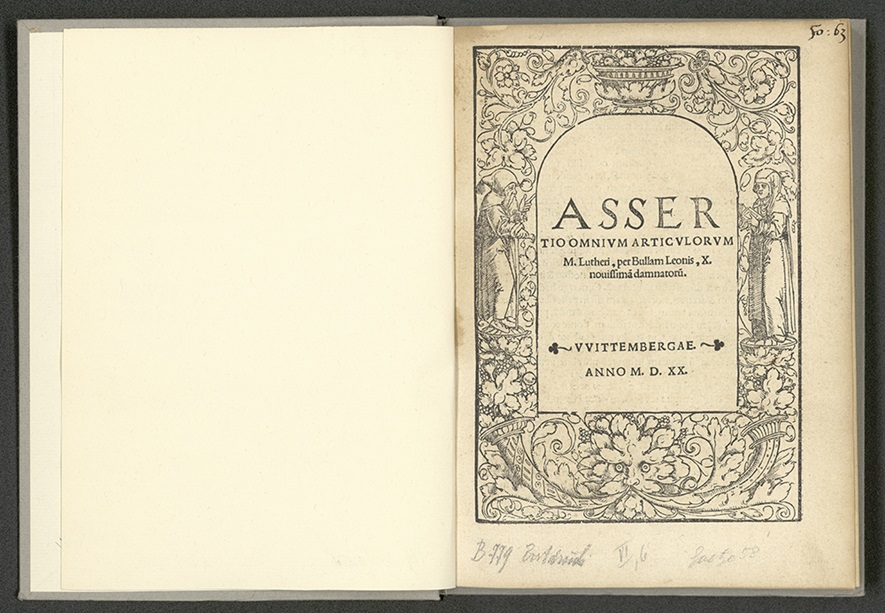 Martin Luther responded to the papal bull “Exsurge Domine” and its threat of excommunication in a series of rebuttals first printed in Wittenberg in 1520. He focused particularly on the papacy as the Antichrist, concluding that if the Church restrained and suppressed Christian truth, it was then anti-Christian and thus the opposite of Christ. Luther explored this theme in his Adversus execrabilem Antichristi bullam (“Against the Execrable Bull of the Antichrist”), concluding his polemic by noting that the Pope and his cardinals, representing an entirely corrupt system, should be excommunicated. In his Assertio omnium articulorum, Luther presented a more controlled, sober, and systematic defense of the forty-one articles condemned in the bull.