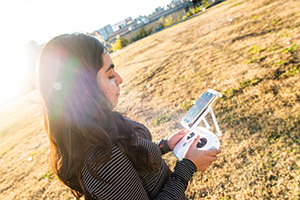 As an undergraduate, Azucena studied infrastructure inequities in Dallas as part of a team of SMU researchers. After earning bachelor’s and master’s degrees in environmental engineering, she now works as a design engineer at Jones Carter engineering firm. 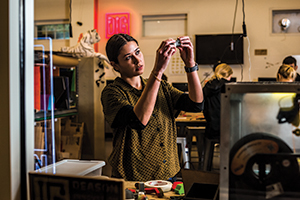 SMU’s intellectual environment attracts problem-solvers, creators and disruptors – data-empowered students and faculty – who are ready to transform their big ideas into tangible results. 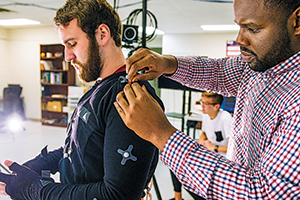 SMU researchers, including experts from SMU Guildhall (ranked No. 3 in the world by the The Princeton Review for graduate video game design), fight cancer by using gaming technology to train more surgeons, who are desperately needed in developing countries. 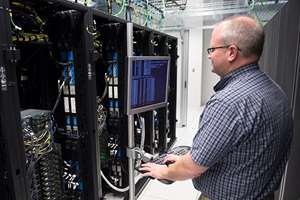 SMU chemistry professor Elfi Kraka harnesses the data-crunching power of ManeFrame II, one of the most powerful supercomputers in North American higher education, for her research on quantum chemical methods to solve chemical problems. 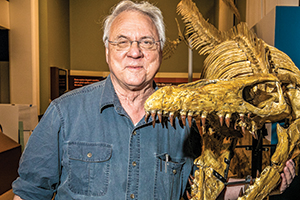 SMU vertebrate paleontologist Louis Jacobs has been in the fossil-hunting business for more than 45 years. His fossil discoveries in Angola show how Earth responds to major evolutionary change.

The results of this epic research project, involving the participation of SMU undergraduates for more than a decade, are on display in the exhibit Sea Monsters Unearthed: Life in Angola’s Ancient Seas at the Smithsonian Institution’s National Museum of Natural History in Washington, D.C. “When you study fossils, you are looking backward, but you also see forward.”

Students and faculty tinker with tools to take on real-world challenges.

Researchers explore the mechanics of human movement and performance.

Helps advance the science of cyber security and produce a formidable workforce of cyber defenders.

Gives SMU students access to the world’s movers and shakers in different fields.

This idea incubator is a dedicated space on campus where enterprising students and faculty meet and work on projects.

SMU's main campus is located in the nation's fourth largest metropolitan area, Dallas-Fort Worth, with 7.4 million people and more than 20 Fortune 500 headquarters.