“I wanted to choose a college that understood how important collaboration is in film. My ability to be creative is highly dependent on my environment.”

At SMU, Mollie balanced creative expression with healthy competition. She and her classmates challenged one another as artists, and forged relationships they can count on in their future careers. 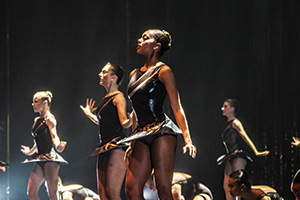 Hear that applause? That's for you, as you unleash your creativity on campus and in Dallas, where the broad spectrum of resources for the arts will launch your career.

We’re firebrands for imagining and bringing to life the best of the human spirit. Here, the bold, curious and creative do what they love and love what they do, inspired by a city that invites them to “Live Large. Think Big.” Our vibrant community is a valuable extension of the classroom.

Awe-Inspiring Performance Venues in the Largest Contiguous Urban Arts District in the U.S. 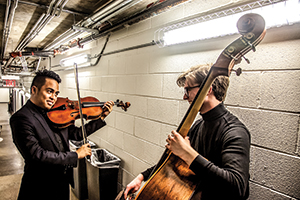 SMU students dance at the AT&T Performing Arts Center’s Winspear Opera House, act in hit productions at the Wyly Theatre and perform at other storied venues in the Dallas Arts District to gain a unique range of artistic experiences. 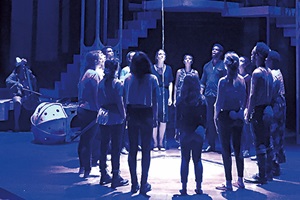 SMU is tied for No. 1 for the highest-paid music graduates, according to College Factual 2021. The Hollywood Reporter ranked SMU’s theatre program among its Top 25 list of best graduate acting programs in the world. Meadows offers 11 areas of study in the visual, performing and communication arts with an innovative curriculum that encourages preparation for the marketplace, entrepreneurship and community impact. 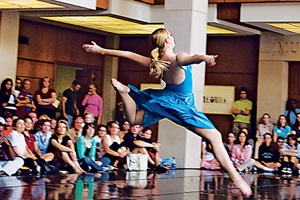 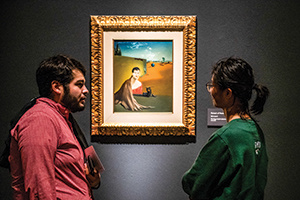 As home to one of the largest and most comprehensive collections of Spanish art in the world, SMU’s Meadows Museum is part of the creative capital on campus that prepares visionary artists and scholars.

Learning on the Job

As a Meadows student, Andrew Oh ’18 wrote and directed The Book of Job, a student-produced high school coming-of-age comedy.

Because of the importance Meadows places on being resourceful and having an enterprising spirit, Andrew, who earned a bachelor’s degree in film and media arts, and his team created a budget and raised funds for the film, managed finances and handled marketing and promotion. Currently, he works as a quality assurance tester at id Software, a game development firm in Richardson, Texas.

Marching to His Own Beat

Jay Appaji ’18 channeled his passion for rhythm and Indian percussion into research that focused on memory and how people’s brains process similarities and differences between separate passages of unfamiliar music.

After helping faculty set up a music cognition lab, Jay, who earned a bachelor’s degree in electrical engineering, worked on his research and presented his findings in London, California, Montreal and Paris. Now he works as an innovation engineer at Dolby Laboratories in San Francisco.


View this in a larger map

SMU's main campus is located in the nation's fourth largest metropolitan area, Dallas-Fort Worth, with 7.4 million people and more than 20 Fortune 500 headquarters.